How Do Terpenes Affect Cannabis Concentrates? 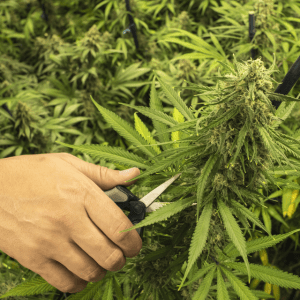 Cannabis terpenes are one of the hottest topics in the industry right now. THC potency is still the most important thing for a lot of customers.  As people get to learn about cannabis, enthusiasts are starting to think more about the terpenes in every product they purchase. Cannabis concentrates are renowned for their potency (especially when it comes to THC), but the best extracts have even more to offer. Look for cannabis concentrates with high terpene levels to keep customers coming back to your dispensary over and over again.

The easiest way to understand terpenes is to think of them as the essential oils in cannabis. They’re organic compounds that give each cannabis strain its unique taste and smell. If you want a concentrate from a strain that you’re especially proud of, you can preserve its essence by preserving the terpenes. Terpenes will make your concentrate taste and smell better. Terpenes give off more of a natural cannabis essence, but we’re starting to learn that terpenes can do even more than that.

What Do Terpenes Do?

What Is the Entourage Effect?

Simply put, THC and CBD can behave differently depending on the entourage of terpenes they bring with them. The entourage effect will be different for every strain because it depends on the unique chemical profile. Some believe that there may be hundreds of different terpenes. To understand how terpenes affect cannabis concentrates, consider these reported effects from some of the most common cannabis terpenes:

No matter which terpenes your cannabis contains, preserve them as well as you can to produce superior concentrates for your dispensary. Here at Chronic Creations, we take great care not to burn the terpenes off during extraction. Contact us to learn how you can supply pungent, flavorful, powerful concentrates at your Colorado dispensary.