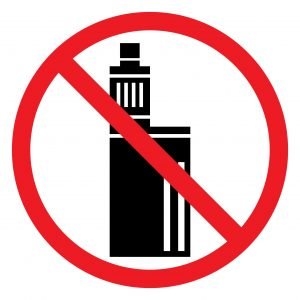 As the United States government and some state governments discuss bans on flavored e-cigarettes, implications loom large for cannabis sellers, producers, and the general consumer market. The Trump administration has said it would ban the sale of most flavored e-cigarettes in response to a rise in both teen vaping and mysterious lung illnesses. Some individual states have already proposed (or passed) regulations, as well.

Which Flavors Will Be Restricted?

The proposed regulations vary from jurisdiction to jurisdiction. Lawmakers in Michigan seek to prevent the sales of all e-liquid flavors with the exception of tobacco. In New York, both tobacco and menthol-flavored e-liquid would still be legal. On a national level, the health and human services secretary, Alex M. Azar II, has stated that the FDA will plan to remove all flavors except for tobacco from the market.

This plan from the Food and Drug Administration will also seek to ban mint and menthol flavors. The inclusion of such flavors has received pushback from manufacturers who claim menthol should not be prohibited. Since tobacco companies have produced menthol cigarettes for so long, some argue that mint-flavored e-liquid should be allowed alongside the traditional tobacco flavor.

E-cigarettes are big business, and it seems that large sellers like Juul Labs are lobbying to reverse the bans on some of their most popular products. That particular company is already engaged in a fight in San Francisco, which approved an e-cigarette ban earlier in 2019. At this point, it’s difficult to tell how effective any pushback will be against a government that seems very motivated.

Why Is the Government Banning Flavored E-Liquid?

President Trump has made clear that the bans are in direct response to recent reports of lung sickness and the general popularity of vaping among teens. Many health authorities believe vitamin E acetate may be responsible for illnesses related to vaping. A chemical derivative of vitamin E (which occurs naturally in foods like canola oil and olive oil), vitamin E acetate was discovered in cannabis oil used by patients who have become ill.

The acetate derivative is commonly available in skincare products that are intended for external use. Authorities cautioned that it may be too early to blame vitamin E acetate for causing health problems, but it was the most apparent link between different samples from patients with lung diseases thought to be from vaping.

Will Flavored Cannabis Vapes Be Banned?

Given that most of the lung health patients seem to have been affected by counterfeit THC pods, it stands to reason that flavored THC vapes may be next on the chopping block. Thanks to the large market for such products, producers of counterfeit e-liquid pods seem to have added vitamin E acetate to dilute their cannabis oil. Some consumers were eager to try such products because of the lower price.

How Will a Potential Ban Affect Cannabis Dispensaries?

A potential ban of flavored cannabis e-liquid would instantly make all flavored cannabis liquids black market items. Selling illegal items would put dispensaries, already in a unique legal position given the national prohibition, at a high level of risk. Worse still, it would be difficult to weed out the especially dangerous products from potentially legitimate ones.

Where to Buy Cannabis Concentrates in Colorado

Ban or no ban, we at Chronic Creations are committed to producing only the purest, most well-tested vape products on the market. Our commitment to our dispensary clients and our end consumers is unwavering, and we welcome any questions about how ongoing litigation relates to our transparent process.