What is the Strongest Form of Cannabis Live Resin Shatter or Wax? 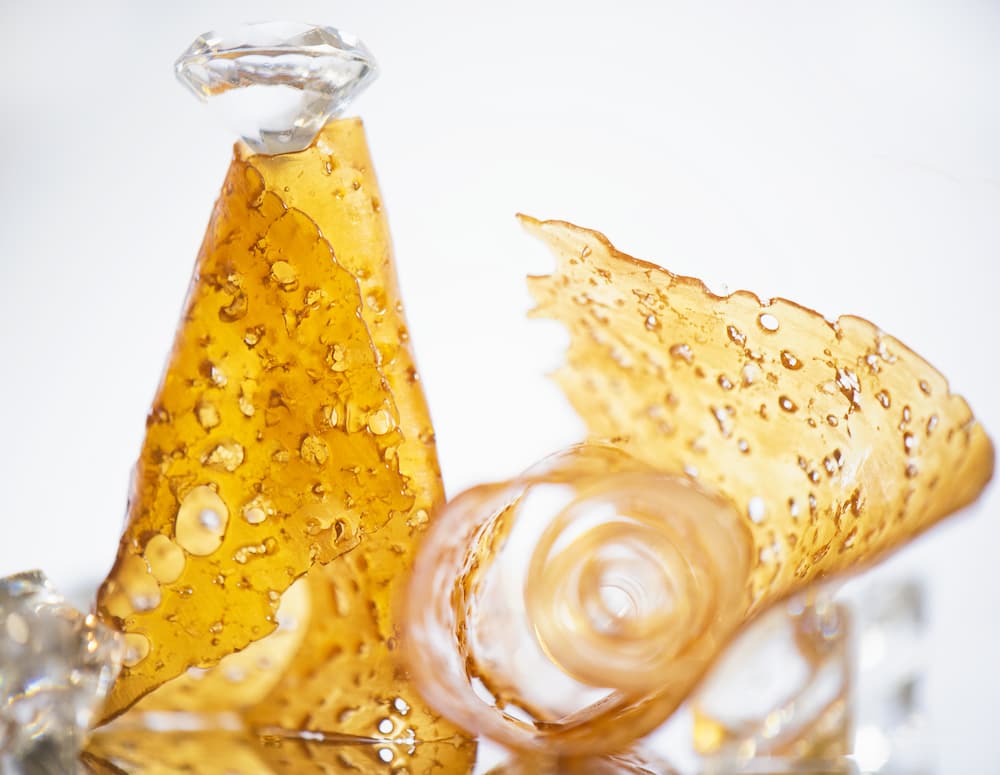 As cannabis inspires more people than ever, the properties of its potent and life-affirming compounds have been an object of inspired study. THC and its family of compounds are well known as the prime psychoactive substance that makes smoking or vaporizing cannabis one of the most noteworthy past times in known history. In modern times, cannabis lab geeks have been hard at work exploring the various forms and have discovered more potent methods of processing everyone’s favorite wonder plant. We’ll consider three of the most potent forms in a three-way contest – live resin vs. shatter vs. wax – and explain their differences.

Wax comes in a half-melted honeycomb consistency that is equally gooey and crumbly. Because of this, it degrades more quickly than shatter or resin and should be used a little faster. There are many methods to create wax, and even the most common ways produce forms that are quite distinct from each other. The wax form gives a more diverse range of choices and makes wax selection a little more interesting than shatter and resin, and until time sets in, it has as much potency as shatter.

The amber-colored shatter typically contains about 90% THC with a glass-like sheen and solidity. Its extremely high potency is also more easily preserved than wax due to its hardness and a lower likelihood of degrading.

In its most generic form, all cannabis concentrates begin as resin. It’s essentially the tar-like substance leftover from well-used glassware but made more deliberately. A well-made resin will appear much like wax and requires the least amount of processing – practically none, being a natural form of the trichome-rich concentrate.

Live resin is a newer form of resin and captures the original flavors and aromas of the buds made from it. Their experience is also more varied and rich because they contain a more comprehensive profile of terpenes and other psychoactive compounds. It’s much like taffy but without stickiness and can vary from orangish-yellow to light yellow and white.

By freezing cannabis right after harvesting, the moisture and chlorophyll remain in the plant. Freezing makes it much more potent and closer to its original form than any other concentrate method, and as a result, live resin is the most potent of the three.

Though resin is less potent than shatter and wax, it’s live resin that is more potent than all four. Shatter is known for its longevity, and wax can be a more commonly found form of concentrate with a vast range of selections that mirrors shopping for bud. Resin is less processed than either of the two, but it tends to be more generic with fewer exciting choices. Live resin stands out at the top as it is more potent and unique from batch to batch.

LEARN MORE ABOUT ULTRA-POTENT CONCENTRATES AND MORE AT CHRONIC CREATIONS

To learn more about Chronic Creation’s selection of premium concentrates, including wax, shatter and resin, contact us with any direct questions about the product or recommendations for a preferred dispensary to add to the list.

To find the closest dispensary that carries Chronic Creations concentrates, use the store locator map to narrow your location. Click on a nearby store location marker to see more detail about the particular dispensary.