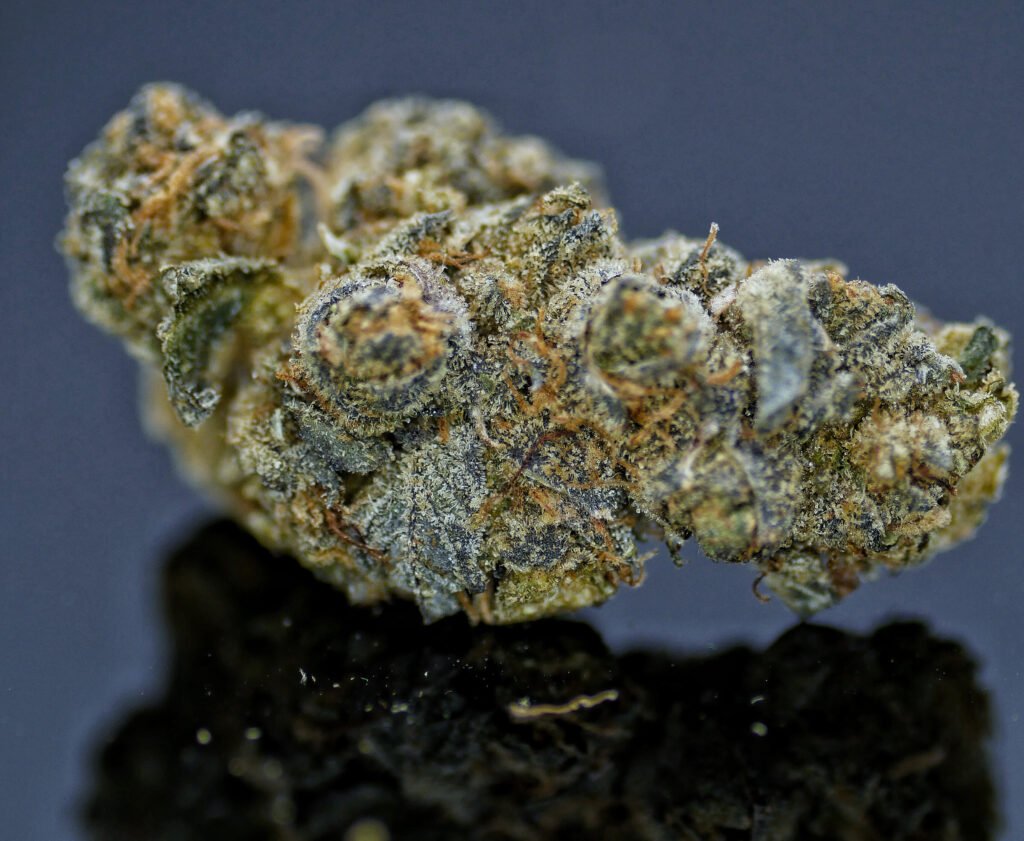 We’re always looking for the best cannabis strains to make our concentrates, so Banana Ringz definitely caught our attention. It’s known for being flavorful and containing lots of cannabinoids, which is exactly what we’re looking for as we produce premium cannabis concentrates. The unique terpene profile of this strain gives it a sweet aroma and delightful taste. If you’re looking for something sweet and fruity, it’s time to learn more about the Banana Ringz strain.

Banana Ringz is a cross between two premium hybrid strains: Banana Pudding and Peach Ringz. Peach Ringz comes in dense buds that smell like a peach candy that’s been doused in diesel fuel. It has some indica-dominant qualities, which makes it popular among people who are looking to unwind at the end of a long day. Most cannabis connoisseurs say this peachy strain starts with a heady euphoria before easing the entire body into a state of deep relaxation. The taste of sweet fruit is more subtle than you might expect, especially since it’s so prominent in the scent of this strain.

Banana Pudding is a cross between the popular GSC (Girl Scout Cookies) strain and Banana OG. The flavor is sweet and fruity with just a hint of spice. It’s more of a sativa-dominant hybrid, which makes it the perfect pair for Peach Ringz. Fans of Banana Pudding often report that it makes them feel talkative, uplifted, and energized. The giggles do eventually wear off, and they’re often replaced with a state of relaxed happiness. It’s popular among people who want to feel calm without being especially sleepy.

The original breeder of Banana RIngz is Dying Breed Seeds. Dying Breed Seeds have claimed a number of cups and competition wins throughout California. Offering award winning strains and genetics comes with the reputation. The majority of strains from Dying Breed Seeds originate from Mendocino; offering strong genetics and some of the best selections in the world.

Banana Ringz inherits some of the best characteristics from both of its parents, which makes it a beautiful, flavorful, and balanced hybrid. This prolific strain grows healthy buds, which give off a powerful aroma and normally contain high levels of cannabinoids. You may notice that this strain contains a few competing flavors, which gives it a complexity that cannabis connoisseurs are sure to appreciate.

You’ll notice some of the earthy notes that have made GSC so popular, but the fruit flavor is still prevalent. Peach notes are apparent in both the smell and the taste, while you’ll have to dive a little bit deeper to pick up on the banana. You’re most likely to get a faint hint of banana on the exhale. It’s just enough to make you want to take another dab and explore everything this strain has to offer.

Banana Ringz is a balanced strain, which makes it appealing as an anytime strain. Most people say it makes them feel calm and relaxed, but not so tired that they can’t go about the day. Do keep in mind that this strain is loaded with cannabinoids, though, so don’t overdo it unless you’re planning on spending the rest of your evening on the couch.

Why Is Banana Ringz Good for Cannabis Concentrates?

The best concentrates start with the best strains, and Banana Ringz definitely qualifies. When we selected it for our concentrates, we were most interested in the following three things:

Our team at Chronic Creations is dedicated to producing the best cannabis concentrates we possibly can. We make wax, shatter, live resin, and even THCA diamonds to ensure that cannabis consumers can get every type of concentrate imaginable. Contact us today to learn how your dispensary can secure Banana Ringz concentrates with lots of terpenes and cannabinoids.