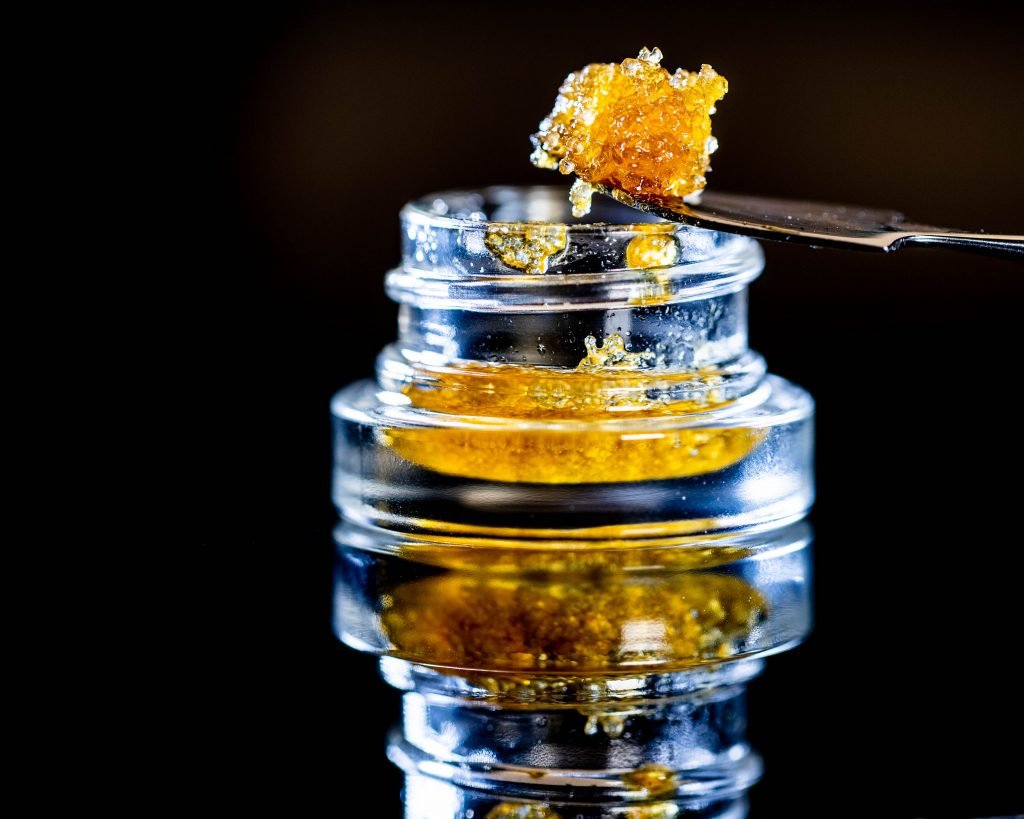 To become fully immersed in the cannabis community, you’ll need to speak the language. Cannabis professionals and enthusiasts have their own lingo, and one of our goals at Chronic Creations is to help businesses and individuals connect with each other more effectively. This glossary contains many of the terms you should know if you want to communicate efficiently when it comes to cannabis concentrates and other products.

710 is the second most popular number among members of the cannabis community after 420, and is often used in conversations about cannabis concentrates. The number 710, when turned 180°, looks like the word OIL, a reference to cannabis extracts.

Clarification is a process that removes pigments like chlorophyll from a cannabis concentrate using silica, activated carbon, or activated earth clays. When chlorophyll is removed, a mixture offers even more purity in terms of terpenes and cannabinoids.

Extraction systems use a closed-loop design to reuse solvents after a cannabis extraction process has been completed. A closed-loop system collects solvents at the end of the process so they’re not lost. This is valuable for both safety and efficiency.

Simply put, the collection vessel is where concentrates gather at the end of an extraction process.

This is the process by which THCA crystals and CBD crystals are formed. First, cannabinoids are isolated into very concentrated solutions. The solvents are removed, liquids are separated, and temperatures are adjusted as needed until cannabinoids clump together and form crystals.

The process of vaporizing and inhaling cannabis concentrates is also called dabbing. This practice is popular among cannabis enthusiasts who wish to consume large amounts of cannabinoids quickly. Dabbing normally requires special equipment such as dab pens or dab rigs.

Devices designed specifically for concentrates are referred to as dab rigs. They may also be created by modifying traditional pipes, especially water pipes, with the addition of something called a nail.

Decarboxylating, often shorted to decarbing, is the process of using heat to activate THCA and turn it into THC. Cannabis flowers naturally contain THCA, which is not psychoactive until it gets decarboxylated. This is especially important for products like edibles that will not be heated as they’re consumed.

This relatively clear liquid is extremely high in cannabinoids because it has been distilled in a vacuum to separate cannabinoids from other natural ingredients like terpenes and pigments.

An emulsifier is added to cannabis oil and water to make the concentrate more stable.

Extraction is one of the most important processes in the cannabis concentrate industry. Organic compounds like terpenes and cannabinoids are removed from cannabis plant material. There are solventless cannabis concentrates, but most concentrates are extracted by using a solvent like butane, propane, or ethanol.

This is where the extraction happens. It’s normally a stainless steel container that can withstand the process of adding plant material and solvents.

An isolate is a product that contains only an individual cannabinoid such as THC or CBD. Cannabis isolates do not contain significant levels of terpenes, flavonoids, and fatty acids. These products are designed for consumers who only want a specific cannabinoid and nothing else.

This device controls the pressure throughout the extraction process to ensure higher levels of safety and efficiency.

In a closed-loop cannabis extraction system, the recycler is responsible for housing the solvent that has already been used so it can be introduced to the extraction vessel again.

This product has been clarified and winterized after extraction. Normally amber in color, this product is rich in cannabinoids and may have a consistency like thick oil.

During the extraction process, cannabinoids and other organic compounds like terpenes must be moved away from the rest of the plant material. This process may be able to separate compounds based on their molecular weight or evaporation point.

Also referred to as glass, this is a type of finished cannabis concentrate product. It’s relatively stiff in nature and can be shattered, which is how it gets its name. It is normally vaporized by dabbing, but may also be combined with flower and smoked.

The solute is the substance the solvent extracts from plant material. In the case of cannabis extraction, the most desirable solutes include cannabinoids, terpenes, flavonoids, and fatty acids.

Substances with the properties required to separate cannabinoids and other desirable organic compounds from cannabis plant material are called solvents. Popular examples include butane, propane, and ethanol.

Terpene juice or terp juice is a type of extract that contains especially large amounts of terpenes relative to its concentration of cannabinoids. It can be dabbed or vaporized on its own, and is commonly added to THCA diamonds to provide more flavor.

These concentrates are normally combined with substances like propylene glycol to give them a consistency that’s better for vape pens and cartridges.

We here at Chronic Creations would like to thank our dispensary partners! From adapting to quickly changing regulations to implementing outstanding safety protocols, you are all truly amazing!

Chronic Creations is taking the necessary steps to ensure a safe work environment for all of our employees and partners. We are regularly washing our hands, wearing gloves, and actively encouraging social distancing.

Thank you for your continued loyalty and support!